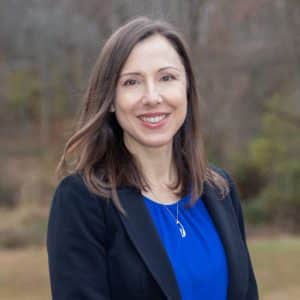 Before moving to South Carolina, Rev. Pippin served as Minister of the Accotink UU Church in Burke, VA. In addition to service in congregations and state-level UU organizing, she also serves the national level in our faith at the national level as Co-chair of the Commission on Social Witness of the Unitarian Universalist Association from 2019-2022. She will continue on the Commission through 2023.

To the UU ministry, Rev. Pippin brings extensive experience in community and organizational change to prevent both individual and structural violence and to build communities focused on mutual liberation. She holds a Master of Divinity from Meadville Lombard Theological School, in Chicago, IL. She also holds a PhD in Social Work and a Master of Social Work with a focus in nonprofit administration and policy from the Florida State University, in Tallahassee, FL.

Rev. Dr. Don A. Randall received his divinity degree from Candler School of Theology, Emory University. He is recently retired from a long career as a licensed marriage and family therapist and professional counselor with Athens Associates for Counseling and Psychotherapy. He has special interests in marital therapy, spiritual development, mind-body healing, and hypnosis. Rev. Don provides consultation to the pastoral care team and occasional pulpit supply. He and his wife Sally have three adult daughters and six grandchildren.

As a service to members of the Fellowship, Rev. Don offers a free consultation session to those seeking a referral to the most appropriate psychotherapist. 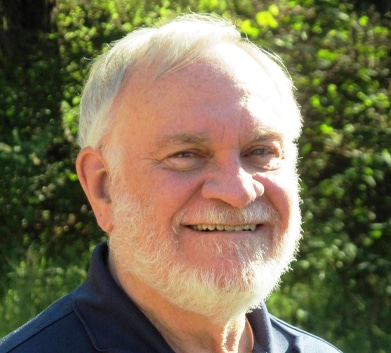 The Reverend Alison Wilbur Eskildsen served as UUFA Parish Minister from August 1, 2010, through July 31, 2020. Prior to her arrival she was Assistant Minister and Director of Religious Education at the Unitarian Universalist (UU) Church in Reston, Virginia. A fourth generation UU, her family moved around during her childhood but joined Unitarian churches in each place they lived.

Formative experiences at the Unitarian Rowe Camp and in Rev. Eskildsen’s Liberal Religious Youth (LRY) group during high school drew her to ministry. Upon graduation from Albion College Rev. Eskildsen began working at the National Geographic Society (NGS) expecting to stay long enough to earn tuition for seminary. Somehow 25 years passed while directing elite photographers and developing books, articles and other projects. In 2001 she left NGS and began her pursuit to ordained ministry.

Rev. Eskildsen graduated from Wesley Theological Seminary in Washington, DC, and was ordained in 2009. During her training she served as Summer Minister at the UU Congregation of Fairfax, VA, and Intern Minister at the UU Church of Arlington, VA. She served as Student Chaplain at Georgetown University Hospital in Washington, DC, and participated in a housing mission at South Dakota’s Pine Ridge Indian Reservation.

Rev. Eskildsen describes herself as a humanistic religious naturalist. She derives spiritual renewal from the vast wonder of nature and aspires each day to live out our UU principles. She is passionate about energetic and meaningful worship and is committed to transforming lives and making the world more just.

Rev. Eskildsen and her husband, Paul Eskildsen, a former attorney, retired to Chapel Hill, NC, to be near their older son and his family. Their younger son and his family reside in Cambridge, MA. Paul and Rev. Eskildsen enjoy spending time with their four grandchildren and getting to know a new UU community. They miss their fellow UUs in Athens and look forward to visiting and staying in touch. 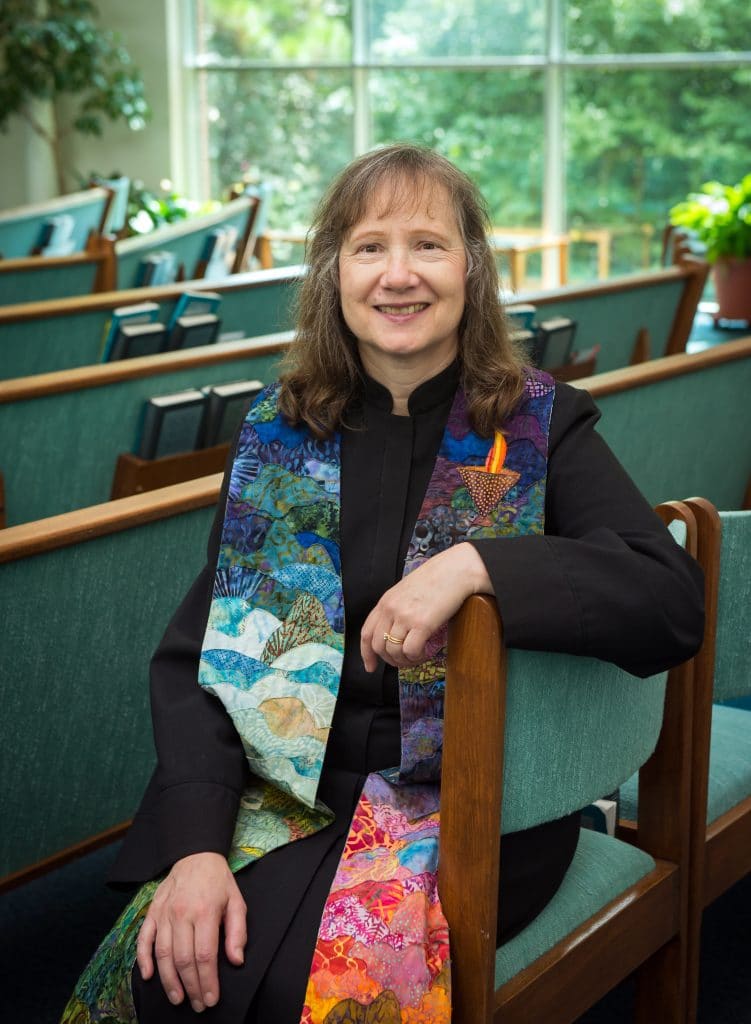 Kahla lives in Athens with her encouraging husband, two wonderful children, eight chickens, and three cats. She received a Bachelor of Science in Psychology from the University of North Georgia. A lover of movement and play, she enjoys performing dance and aerial arts, reading, and spending time in nature. 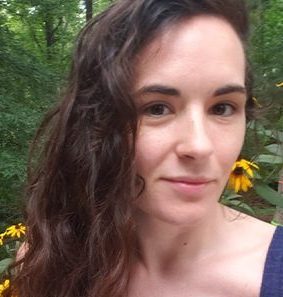 Since 2001, Amber Fetner has led the Chalice Choir, Palms of Fire drum circle and small vocal ensembles, and coordinates additional music activities. Amber regularly takes Fellowship musical groups into the Athens community in support of local organizations and justice activities, such as the Human Rights Festival. Amber is an active member of the Association for Unitarian Universalist Music Ministries (AUUMM).

Amber successfully completed a credentialing program sponsored by the AUUMM which then recognized her with its ‘Certified UU Music Leader’ designation in 2014. Previously, Amber completed her Master’s work in Ethnomusicology at the University of Chicago. She earned a Bachelor of Music and a Bachelor of Music Education from Shorter College in Rome, GA 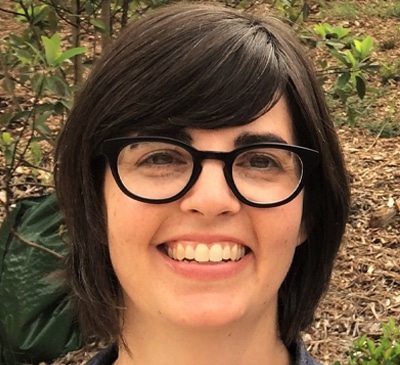 Shaye Gambrell has served in the UUFA office since 2002 under several job titles. As Congregational Administrator, she is responsible for the smooth operation of the office and internal and external communications.

Shaye is a long-time member of  the Association of Unitarian Universalist Administrators and has served on the board and later as their administrator.

Her love of travel has taken her all over the world, often as a teacher of English as a Second Language. A decades-long resident of Athens, Shaye is active in local politics and with several non-profit organizations.  Most recently, she and several friends formed the Athens Gingerbread Guild for the purpose of hosting Athens’ first and only Gingerbread House Competition. 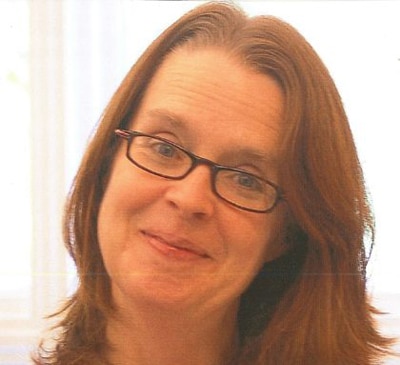 Neil joined the UUFA staff team in August 2019. As the oldest of 5 children in a musical family, he started playing piano and other instruments at age 7, was SCMTA solo recitalist winner at age 17, and eventually earned a degree in Music from Lander University in Greenwood, SC. Neil moved to Athens in 1999 to play rock ‘n roll and soon after began touring with The Glands, Elf Power, Shonna Tucker and many other musical acts. He released an album of his own tunes in 2015 with his band Golden Eels, and also works as a network operations center engineer when not playing music. 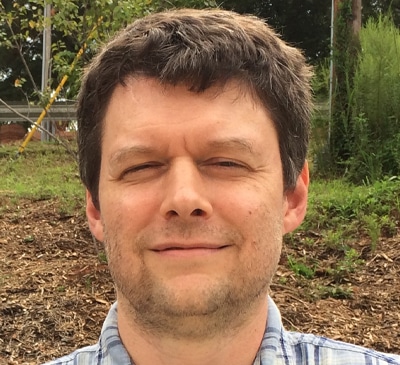 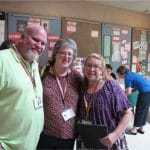 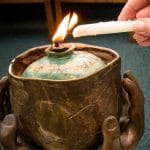 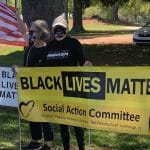 11:30 p.m. OFFSITE: Voting Rights Demonstration on the Eastside of Athens 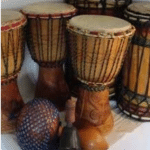 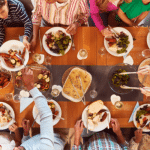 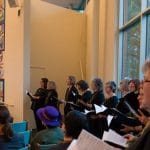